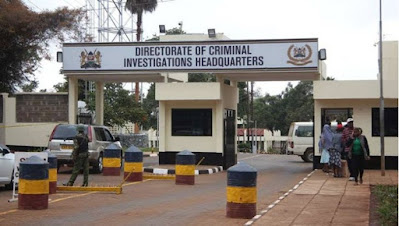 Police have finally caught up with a woman who allegedly stole a baby from her mother at a salon in Rodi Kopany in Homa Bay County and lied to her husband that she had been pregnant and given birth.

In a report by the Directorate of Criminal Investigations(DCI), the suspect, Ms. Bella Achieng Ogolla, had met the mother of the baby days before she gave birth.

“Detectives are still trying to figure out how she managed to convince her 42-year-old husband identified as Benard Akello that she was pregnant all along and had finally bore him a son,” the statement read in part.

The woman was nabbed by detectives from the Crime Research and Intelligence Bureau and officers from the Child Protection Unit.