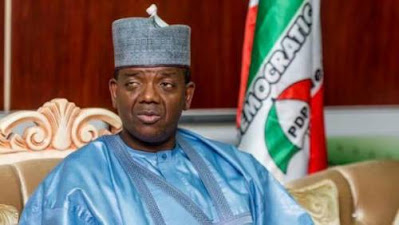 About 15 brand new Hilux vehicles were given to leaders of different repentant bandits in Zamfara State by Governor Bello Muhammad Matawalle, SaharaReporters claims.

The governor also approved millions of naira to be given to the ‘repentant’ bandits as compensation, the news medium says.

The Zamfara State Government had in 2019 entered a peace agreement with the gunmen.

But despite the accord, communities in the state are still being attacked and residents kidnapped and/or killed.

A top military officer told SaharaReporters that the bandits now carry out attacks with some of the vehicles given to them by Matawalle.

The officer said, “Those bandits have different group, so if they say they repent, the governor will give them a Hilux vehicle but unfortunately they are now using the vehicles to carry out attacks.

“On Sunday, they attacked Jankara but were resisted by the local vigilantes, so they fled and left one of those Hilux vehicles and the motorcycles they came with behind.

“It’s so sad, he called it peace and reconciliation programme, but all you need to be rich now in Zamfara is to take up arms against the people.”

Zamfara, like other North-West states, has in the last 10 years faced devastating attacks from armed bandits.

A committee set up to investigate the menace of armed banditry in the region, headed by Mohammed Abubakar, a former Inspector General of Police, reported that in Zamfara State between June 2011 and May 2019, 4,983 women were widowed; 25,050 children were orphaned; and more than 190,000 people were displaced as a result of armed banditry.

Real reason WHY I went to BBNaija – Laycon confesses