Drama as ECOWAS lawmakers are accused of being in underwear, cooking and smoking in Zoom meeting 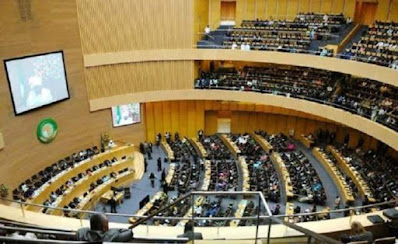 It was a bizarre scene at the online second ordinary session of the ECOWAS parliament as some lawmakers were seen dressed in underwears and the other smoked with flagrant impunity.

It seemed fellow lawmakers tacitly gave their nods to these social anomalies but journalists invited to the parliamentary session voiced against the indecent behaviour of the lawmakers.

They also called on the Speaker of the Parliament, Sidie Tunis to address the lawmakers on virtual meeting etiquette before the commencement of any other meeting.

One of the journalists who spoke on anonymity said, “The most annoying one I saw was when Hon Wahab Suhiyini Wumbei was in his panties dressing up on camera as if he was acting a movie.

“Also Hon Diemimetou busy cooking. This is unacceptable,. Any of the MPs that is not ready to participate in the virtual meeting, should wait and finish what he or she is doing first before he joins the meeting,” the journalist advised.

Another journalist said, ” I have never seen a thing like this, were someone is participating on a visual meeting of a magnitude like this, he is smoking and making noise at the same time not minding what is going on.

“At the end of the day, these same MPs will be ask to send their account details for payment. If I may ask, payment for making noise or payment for indecent behaviour while visual meetings are going on?

”It is time we tell our selves the truth, the parliament should have some rules and regulations during such meetings and anyone who does not obey these rules, should be sanctioned,” he said.