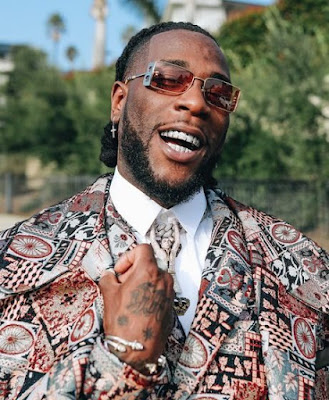 Burna Boy’s ‘Destiny’, a song off the Afropop singer’s Grammy-nominated album ‘African Giant’, has been included in the official inauguration playlist of incoming US president and vice-president, Joe Biden and Kamala Harris.

The playlist, which features artistes from different parts of the world, is said to be a representation of America’s diversity and also symbolises new beginnings in the country.

The inauguration playlist was curated by DJ D-Nice and Issa Rae‘s music company Raedio in partnership with the presidential Inauguration Company to fit the Biden/Harris team’s theme “America United.”

“During a tumultuous year that has kept so many loved ones apart, music has been a consistent vehicle that has kept us connected,” Tony Allen, the Inauguration Committee CEO, said.

“These songs and artists reflect the relentless spirit and rich diversity of America. They are the score to a new chapter and will help bring people together as the Biden-Harris Administration begins its important work to unite our country,” he added.

Songs include Beyoncé’s ‘Find Your Way Back’, Kendrick Lamar and Mary J. Blige‘s ‘Now Or Never,’ Kygo and Whitney Houston‘s ‘Higher Love’ and Marvin Gaye‘s ‘Got To Give It Up.’

Listen to lyrics of Destiny: