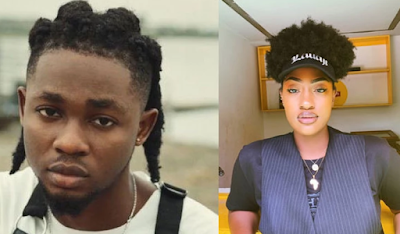 Nigerian singers Omah Lay and Tems have been released from police custody in Uganda where they were arrested for flouting COVID-19 protocols.

Omah Lay and Tems were arrested on Sunday, December 13, 2020 for performing at an ‘unauthorised concert’ and disobeying COVID-19 protocols.

After about two days in custody and a court appearance, the singers have been released, and the issue resolved according to Nigerian music star Mr Eazi who has been following the situation.

“Pleased to hear that My brothers and sisters are to be released & the case is resolved, Big love to everyone who worked on this,” Mr Eazi wrote on Twitter.

Pleased to hear that My brothers and sisters are to be released & the case is resolved, Big love to everyone who worked on this & Special thanks to @adoniaayebare & The Government of Uganda, Chief Of Justice In Uganda 🙏🏿. African relations must keep fostering strong!

The musician also thanked the Government of Uganda and the Chief Of Justice In Uganda for resolving the issue.

CHECKOUT:   My marriage crashed because my husband thought I was barren- Homto, Dokpesi’s daughter

NE has not confirmed the release of the singer and will continue to monitor the situation and reports about the ordeals of Omah Lay and Tems in Uganda.

After their arrest, the singers were on Monday, December 14 arraigned in court on charges of doing “acts that are likely to cause the spread of infectious disease Covid-19.”

They were to remain in custody until Wednesday, December 16 before another court appearance before the matter was resolved per Mr Eazi.

Super couple, Justin and Hailey Bieber twin in matching khaki pants as they eat out