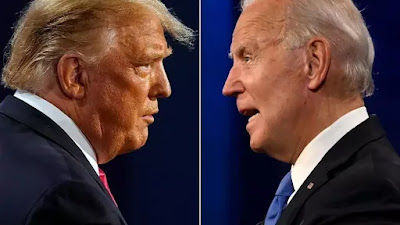 Long a mere formality, a vote on Monday by members of the Electoral College to formally recognize Joe Biden as the next US president has taken on unusual import this year with Donald Trump stubbornly refusing to admit defeat.

The results of the November 3 vote have been certified by each of the 50 states and the District of Columbia; the Democrat won with a record 81.3 million votes, or 51.3 percent of those cast, to 74.2 million, and 46.8 percent, for the Republican president.

But in the United States, the occupant of the White House is chosen by indirect universal suffrage, with each state allocating its electors — whose numbers are essentially based on population — to the candidate who carried the state.

The results confirm an easy victory for Biden, with 306 of the 538 electoral votes, to 232 for Trump, with 270 required for election.

Electoral College members meet Monday to formalize the process, though the electors actually meet separately in each state.

Biden will then deliver a speech in the evening to celebrate the latest confirmation of his win and “the strength and resilience” of US democracy — a clear jab at Trump’s unprecedented stance.