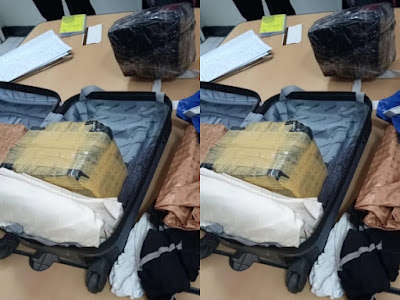 A Nigerian identified as Bala Muazu has been arrested at the Jomo Kenyatta Airport with thousands of dollars and Euro stashed inside his luggage.

Bala was nabbed while transiting to board another flight to Dubai, regarded as the money laundering capital of the world.

He arrived Nairobi on a Kenya Airways flight from Lagos on 4 December.

Kenya’s Assets Recovery Agency (ARA) seized the cash which was handed to airport authorities for safekeeping after the suspect failed to provide documents that allowed him to carry such a huge amount of money.

The agency suspected him to be a money launderer as Section 12 (1) of the Proceeds of Crime and Anti-Money Laundering Act requires a person to declare any amount above $10,000 (Ksh 1 million).

Detectives argued that he could have transferred money to banks in the Middle East rather than travelling with cash.

However, Bala claimed the money was for legitimate business.