Bandits raid school in Katsina state while Buhari in Daura 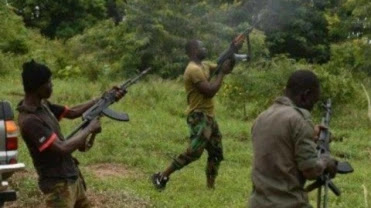 Bandits, ignoring the presence of President Buhari in Daura, Katsina state have attacked the Government Science Secondary School in Ƙanƙara.

Kankara lies south of the state, about 197km from Daura.

He said they attacked the students around 10.15 pm on Friday, in an operation that lasted about an hour.

The report did not indicate what was stolen and whether the bandits kidnapped any student.

Abubakar revealed that the bandits on arrival at the school entrance, broke the school gate, shot one of the policemen at the gate on the leg.

The other policeman escaped, while the injured policeman is now hospitalised.

The attack came less than six hours after President Muhammadu Buhari arrived his home state for a week-long private visit.